When you journey to Canada and immerse yourself in the world of the locals, one of the best parts will be all the new, exciting dishes to try. Because Canada is such a large country, the cuisine varies widely in different regions - and that means there are endless tastes to discover!

The Indigenous people of Canada certainly influenced the palate of the country today, but as settlers came with English and French roots, the cuisine evolved into a collage of dishes. A cuisine of cuisines. Not a stew pot, but a smorgasbord - as one of Canada’s prime ministers described it.

From poutine to peameal bacon, maple taffy to locally grown Saskatoon berries, there is something for everyone and always enough to go around!

"After travelling Canada extensively, I will use my first-hand experience to advise you on the best drives, how much time to spend at each destination, and the hidden gems to make your journey unforgettable." 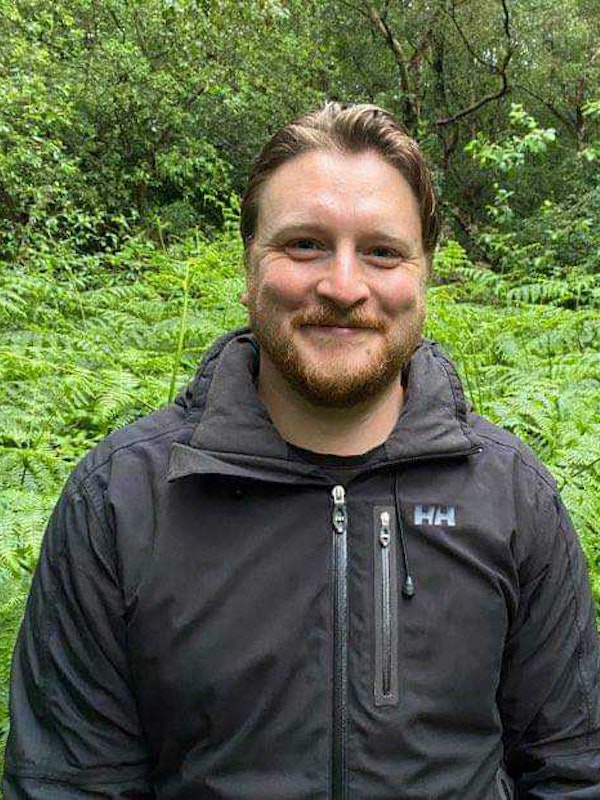 Your holiday is protected by ATOL

Book with confidence: Little America is affiliated with Air Travel Organiser Licensing - licence No. 11760. Your holiday with us is fully protected by the ATOL scheme under the trading name - Little Travel UK LTD.

If you book a holiday to America and Canada and it is cancelled due to COVID-19, you can reschedule free of charge at any time, or if you prefer, you will receive a full refund with a cancellation. If, when it comes time to go on your holiday, you are not confident that you will have a good time due to current COVID-19 restrictions in your destination country, you can postpone your holiday free of charge. Take advantage of the Little America flexibility guarantee.

The First Nations people of Canada brought the country what it is best known for today - maple syrup. Canadians will eat maple syrup on anything, and you should at least drench your pancakes with it during breakfast. If you get the chance to try some maple taffy, don’t turn it down! Maple taffy is made from pouring boiling hot maple syrup onto snow, causing it to immediately harden into a delicious and gooey dessert. Grab a popsicle stick, roll it up right off the snow, and enjoy!

Another staple in the First Nations diet is bannock bread, a tasty, circular bread that you can get in many cafes and bakeries. Throw some peameal bacon on it and you have yourself a perfect Canadian lunch.

Additionally, traditional Indigenous foods that are eaten widely throughout the country include moose, deer, bison, pemmican, and Métis stews such as barley stew.

It doesn’t get any more Canadian than poutine. Made from french fries, squeaky cheese curds, and gravy, this dish originated in Quebec and has travelled the world as a must-try Canadian classic. Recent modern takes, adding pulled pork, bacon and smoked meat, have made it even better.

Peameal bacon, also called Canadian bacon, is made from lean boneless pork loin that is rolled in cornmeal to give it its distinctive yellow crust. Fried in a pan and perfect for any meal, it’s extra tasty on sandwiches with mustard.

A hearty meat pie like no other! Tourtière is a French Canadian dish that is commonly eaten during holidays, but popular all year round. Recipes vary from region to region, and family to family, but typically you will find pork, veal and beef in the pie’s filling.

Canadians drink bagged milk. Yes, you heard that right - milk in the supermarket comes in bags. And a container to put the bags in to drink from is a kitchen staple.

Canada’s abundant farmlands grow a wide variety of grains, fruits and vegetables, from the sprawling wheat fields of the prairies, to the potato farms of the east, and the summer produce of the Okanagan Valley. Actually, Canada is one of the largest agriculture producers and exporters in the world!

In particular, Canada is well-known for growing corn, with records of maize cultivation dating back to the First Nations in 500 AD. The settlers brought European agriculture and domestication processes and combined them with the native’s knowledge of the land to grow potatoes, beans, squash, and sunflowers. More recently, Canada’s main agricultural products have been wheat, barley, peas, lentils, cranberries, strawberries, raspberries, blueberries, apples, pears, plums, sugar beets, grapes and much more!

Every province adds its own unique touch to the agriculture of Canada, but agriculture has had a big impact on the provinces as well. Saskatchewan’s capital, Saskatoon, was actually named after the famous Saskatoon berry - not the other way around. With a sweet, almondy flavour, this berry makes the perfect pie and a slice of it will change your life.

Canada is surrounded by the Pacific, Atlantic and Arctic Oceans, as well as the Great Lakes, that offer abundant and valuable sources of fish and seafood.

If you find yourself on the east coast of Canada in particular, you'll be surrounded by endless seafood options. Think cod, lobster, crab, oysters, scallops, and hearty chowders made from each one served in big bowls with warm bread. You can’t go to Newfoundland without trying a lobster roll!

On the opposite end of Canada in British Columbia, salmon and halibut are widely eaten, but there are plenty of other fish in the sea! You can even try sea urchins, spot prawns, and gooseneck barnacles.

Over three million Canadians follow a vegan or vegetarian diet, and the country is very accommodating to these lifestyles. Restaurants and fast food chains are constantly adding more and more options, and chefs are very willing to tailor meals based on your needs. A quick Google search of your area will bring up the most popular vegetarian and vegan restaurants nearby.

The supermarkets are also abundant with choices, including well-known and favourite brands such as Daiya and Almond Breeze, but also famous Canadian brands like Nuts for Cheese.

Get inspired for your dream holiday

Would you like to discover more about Canada? Let Micahel inspire you on a virtual journey through the country and answer all of your questions.

Join Michael at an online presentation 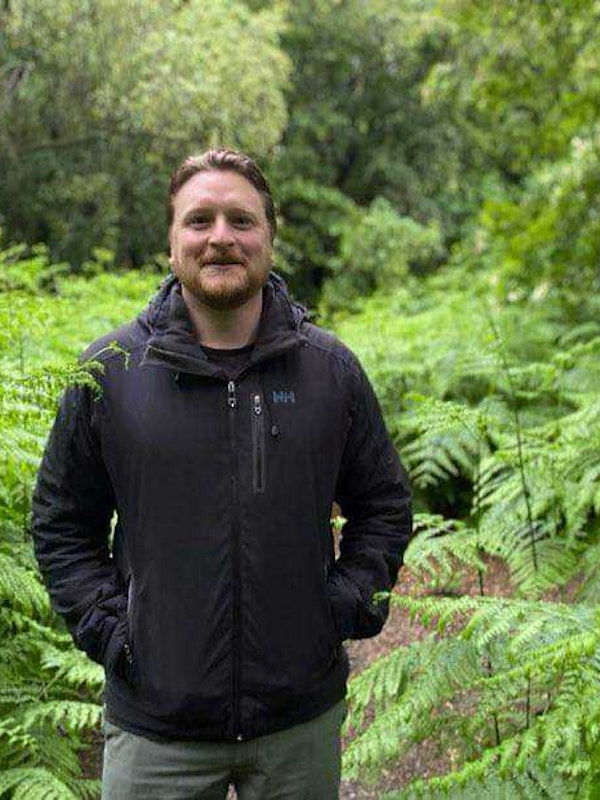 Named after Nanaimo, a city in British Columbia, these bars are three layers of heaven. A crumbly and coconut base, custard middle, and finished with chocolate on top. You have to try one!

Think of butter tarts as mini pecan pies! Delicious, flaky pastry filled with a butter, sugar and egg filling, and often raisins and pecans too. Absolutely delicious and perfect for an afternoon pick-me-up!

No trip to Canada is complete without a BeaverTail! Often found at festivals, fairs, and roadside stands, BeaverTails are deep fried dough with delicious toppings like Nutella, Reese’s Pieces, peanut butter and more.

Tim Hortons is the most famous coffee shop in Canada, and there is usually one found on every corner. Offering more than coffee, the famous Timbits (or doughnut holes), available in a wide variety of flavours, will make any road trip special.

Crunchie, Mr. Big, Crispy Crunch, Rolos, Coffee crisp, Smarties, Caramilk, Aero bars, Oh Henry, and Big Turk. There are so many candy bars that are only available in Canada and will have you missing them when you leave. Grab extras for any road trips!

Canada has some funny, but amazing, chip flavours that are unique only to them. Grab a bag of ketchup, dill pickle, or all-dressed chips, or the inexplicably addictive Hickory Sticks, as you head out the door for a long drive.

Canada is the tenth highest coffee consumer in the world. Most Canadians can’t begin their day without a large double double from Tim Hortons. You’ll have fun learning the lingo for yourself as you try their famous coffee.

Canada’s most well-known beer brewers are Labatt, Molson, Sleeman and Moosehead. Recently, microbreweries and craft beers have been popping up all over the country appealing to many different markets. Trying a Canadian beer while you’re in the country is a must!

Ontario and British Columbia are the two largest wine producing provinces in Canada. Wineries in British Columbia primarily grow vitis vinifera, with the top planted grapes being Chardonnay, Merlot, pinot gris, and pinot noir. If you’re up for a treat, try ice wine! Made from leaving the grapes on the vine into winter, it creates a thick, syrupy wine that is delicious as is or on an ice cream dessert.

The Caesar is Canada’s national cocktail. A take on the Bloody Mary (but way better), it’s made of vodka, clamato juice, Tabasco and Worcestershire sauce and garnished with a salt rim and celery stalk. But, bars love to “out-garnish” each other. Sometimes you can find caesars topped with the likes of shrimp, bacon, onion rings, and even pizza, burgers, and entire roast chickens!

Canadian whiskey is made with small amounts of highly-flavourful rye grain and that is why it is simply called rye. The most famous brands are Crown Royal and Canadian club. Be sure to enjoy a rye and ginger, a very popular mix of Canadian whiskey and ginger ale.

"Our lovely hosts Deb and Max made sure we had a wonderful time at their home in Naramata. We even got to help with the harvest and were picking grapes for their first-ever harvest alongside their friends. After picking we were treated to a true farmer's lunch. A fantastic and unique experience!"

In addition to endless nature, Canada has many vibrant cities, each with their own unique character and charm.… read more 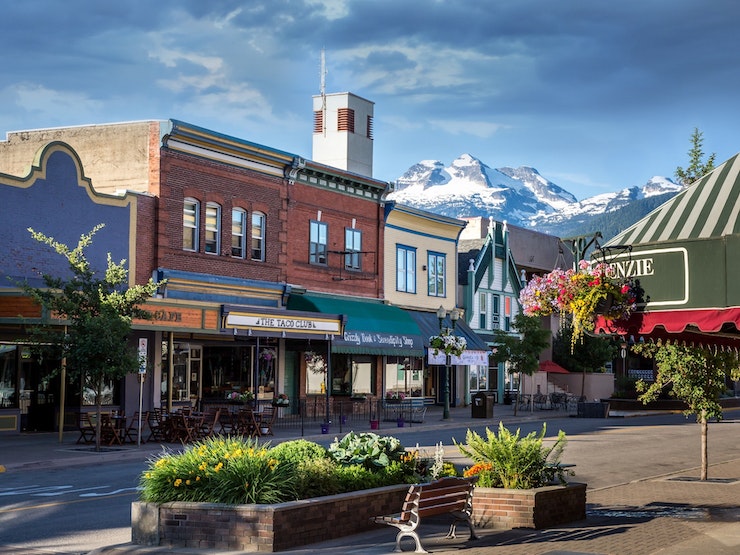 Canada is a tapestry of cultures. The British and French certainly left their mark during colonisation, and… read more 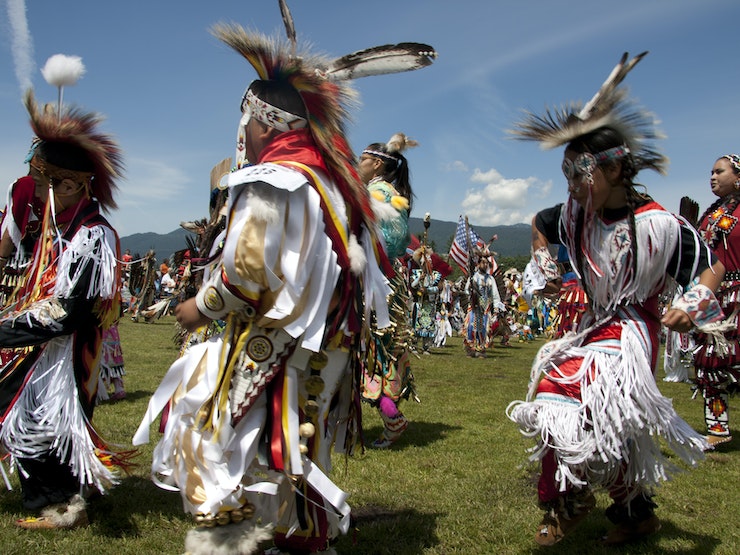